Tammy Abraham habla: “Una cosa que dije cuando entré fue que iba a ayudar a mi equipo a llegar a la final y ganar el título en mi primera temporada”, dijo a BT Sport. “Nos lo merecíamos, trabajamos duro todo el año, los amo [the Roma fans}. From day one they have been the best. We are champions, I am happy to be part of the team. Now it is time to party and celebrate.”

The presentation: Jose is first up on the podium to shake hands with the dignitaries and receive his medal. He’s followed by the players, all of whom look delighted with themselves as they receive their baubles from Uefa president Aleksandar Ceferin. Lorenzo Pellegrini takes delivery of the trophy, which doesn’t look entirely dissimilar to the Europa League trophy, and hoists it towards the sky in a blizzard of ticker-tape and champagne fizz.

“We knew how much this would mean to everyone in Rome and you can see how together we are,” he tells BT Sport. “We really fought to the end. We’ve had to do that on a few occasions this year. We dropped a bit deeper than we ideally wanted to but we had to give everything. You could see strikers run ning back, everybody fighting.

“When I first came to the club it had been a long time since they’d won a trophy and I mean … you can hear the fans, you probably can’t hear me … you can see how much it means. We’ve got some of the best fans.”

At this point, Smalling’s interview is gatecrached by Tammy Abraham, who plants two smackers on his cheek and shouts “The best! The best!” down the camera.

Jose Mourinho: Wearing a Roma scarf around his neck, Jose is wandering around the pitch with a big grin on his chops, blowing kisses to the cameras, congratulating his own players and commiserating with those of Feyenoord.

Roma celebrate: They referrred to it disparagingly as “the cup of jokes” earlier this season but Roma’s players could not look more pleased to have won the first Europa Conference League final. They’re celebnrating with abandon in front of their travelling fans. Among those fans? One Francesco Totti, the king of Rome.

Peep! Peep! Peeeeeep! It was a game of two halves, the first one fairly diabolical and the second one outstanding. Nicolo Zaniolo’s tidy first half strike was enough to make it five trophies from five European finals contested by Jose Mourinho sides, despite an extremely spirited second half performance from their Dutch opponents.

Full time: Roma 1-0 Feyenoord. It’s all over in Tirana, where Roma have won the inagural Europa Conference League trophy.

90+5 min: Feyenoord blow what is probably their final opportunity to get the ball into the Roma penalty area. Goal-kick for the Italians.

90+4 min: Spinazzola gallops down the left touchline and heads for the corner flag.

90+2 min: AAAAGHHH! What a miss! Bryan Linssen is unable to divert the ball home from the corner of the six-yard box after Dessers gets the headed flick on a ball from deep. That is an awful miss! The ball was on a plate and the substitute missed it completely.

89 min: Roma are using every trick in the book to run down the clock, their players going down injured in rotation. Roma double-substitution: Tammy Abraham and Rick Karsdorp make way for Eldor Shomurodov and Matias Vina.

87 min: Tammy Abraham wins his side a free-kick, drawing a foul from Marcos Senesi near the technical areas. In close proximity with his legs and arms outstretched, Jose appeals to the referee like a quick bowler appealing for LBW in a Lord’s Test match.

85 min: Feyenoord goalkeeper Justin Bijlow does well to get down and save from Sergio Oliviera, who’d made an excellent run from midfield into the Dutch side’s penalty area.

84 min: Roma goalkeeper Rui Patricio is booked for time-wasting over a goal-kick.

83 min: Feyenoord get the ball wide to Marcus Pedersen, who wildly overhits his cross and sends the ball sailing high and wide.

82 min: Cyriel Desser has a shot from inside the Roma penalty area blocked by Chris Smalling, who once again flings himself in front of the ball.

81 min: Pellegrini takes the ball down towards the corner flag and tries to keep it there for the final 10 minutes, presumably under instruction from his manager. Nice try, Lorenzo. The ball’s put out off him for a Feyenoord goal-kick.

79 min: On the strength of their second half performance, Feyenoord deserve an equaliser but Roma’s back three aren’t giving them an inch. The Dutch side are lacking that killer pass and clinical bit of finishing.

75 min: Feyenoord double-substitution: Marcus Pedersen and Bryan Linssen on for Trauner and Nelson.

74 min: From a Roma corner, the ball breaks to Veretout on the edge of the Feyenoord penalty area. His shot takes a deflection and is well saved by Justin Bijlow.

71 min: Feyenoord skipper Gernot Trauner is penalised for a shove on Abraham near the halfway line. Moments later, Spinazzolo wins a croenr for Roma. It’s great to see him back after recovering from the ruptured achilles he suffered while playing for Italy during the Euros. This is only his third appearance this season.

68 min: Tammy Abraham ships a little nudge in the back from Marcos Senesi as he shapes to shoot on goal and fails to connect properly. Senesi, who should have been sent off earlier in this half, is really pushing his luck.

65 min: Feyenoord substituion from a couple of minutes ago: Jens Toornstra on for Guus Til.

64 min: Feyenoord have been outstanding in this second half but Roma are defending stoutly. Chris Smalling has been the standout performer in their defence.

62 min: More pressure from Feyenoord, whose players combine well to tee up Kokcu. He drags his shot wide of the far post with Dessers unable to get enough of a touch on the ball to divert it goalwards.

60 min: Desssers takes advantage of a Smalling slip to go through on the Roma goal. Roger Ibanez gets back to defend heroically and prevent the Feyenoord striker from unleashing a shot. Dessers is penalised for handball.

58 min: Another short corner from Feyenoord. The ball is eventually zipped into the box by Malacia and Kokcu’s shot is blocked by Smalling, who flings himself in front of the ball.

55 min: Germany’s Marco Fritz is in charge of VAR in this game and it’s difficult to understand how he hasn’t advised a red card for Marcos Senesi there. It was an obvious foul on Abraham which prevented a clear goalscoring opportunity.

53 min: Running on to a through ball a couple of yards outside the Feyenoord penalty area, Tammy Abraham hgas his arm yanked back by Marcos Senesi. He stays on his feet and no foul is given. That should be a red card for Senesi but none is forthcoming, presumably because Abraham stayed on his feet. Feyenoord have dodged a massive bullet there.

51 min: From the set-piece, Feyenoord get the flick on. The ball drifts across the face of goal but Cyriel Dessers can’t connect as it’s just out of reach.

50 min: So close for Feyenoord. Following an excellent move, Malacia shoots from distance. His effort is saved on to the upright by Rui Patricio. Feyenoord have another corner.

48 min: There’s a VAR check for a handball but Feyenoord have to settle for a corner. Left-back Tyrell Malacia sends the ball into the mixer, where a backpedalling Patricio gathers. Feyenoord are off to something of a flyer in this second half.

47 min: Feyenoord win a corner. Kokcu plays it short to Sinsterra, receives the return pass and Mancini hits the ball against his own post. The ball rebounds to Guus Til, whose shot from 14 yards out is saved brillitantly by Rui Patricio. Oof!

46 min: Roma resume play, aiming to protect their one-goal lead. It’s been a very “Mourinho” final so far and it’s all going to the Portuguese manager’s plan so far.

Peep! It’s been a half that won’t live long in the memory of anyone who witnessed it and one of very few chances. Roma are edging proceedings, however – Nicolo Zaniolo putting them ahead with a well taken finish, his sixth goal in the competition this season.

45+3 min: Good work from Feyenoord’s Luthsharel Geertruida helps earn his side a corner in the knockings of the first half. Kokcu sends the ball into the Roma penalty area, where Rui Patricio claims it comfortably.

45+2 min: Feyenoord play it long from a free-kick halfway inside their own half, trying to pick out Cyriel Dessers. Roma clear up at the back, crowding him off the ball and Chris Smalling hoofs the ball downfield.

45 min: The ball breaks to Feyenoord’s Reiss Nelson on the edge of the Roma penalty area and he pulls the trigger. Lorenzo Pellegrini is back to block. 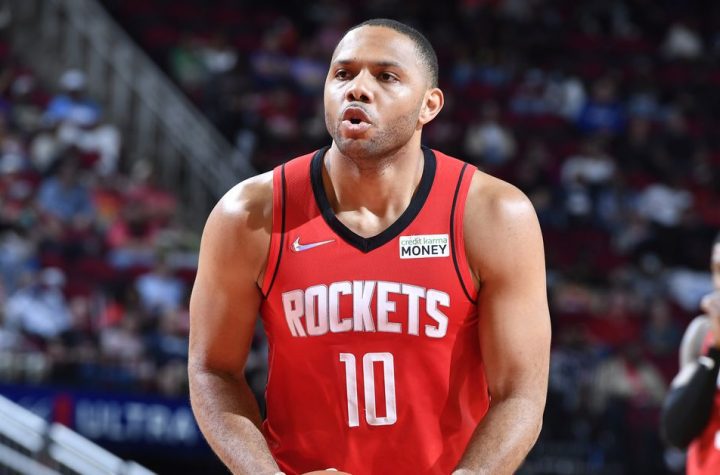 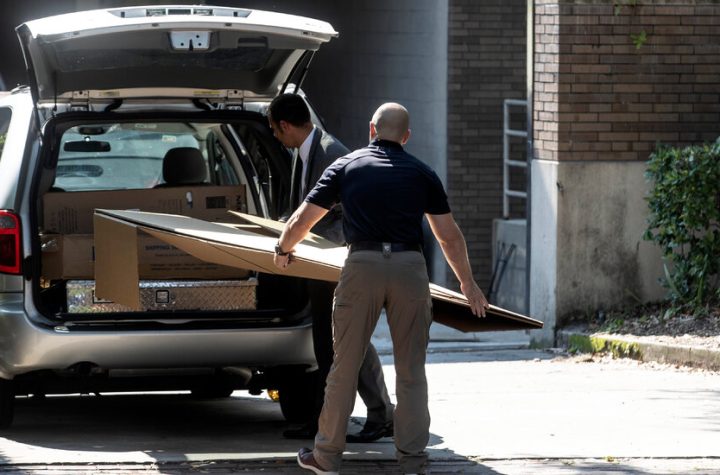 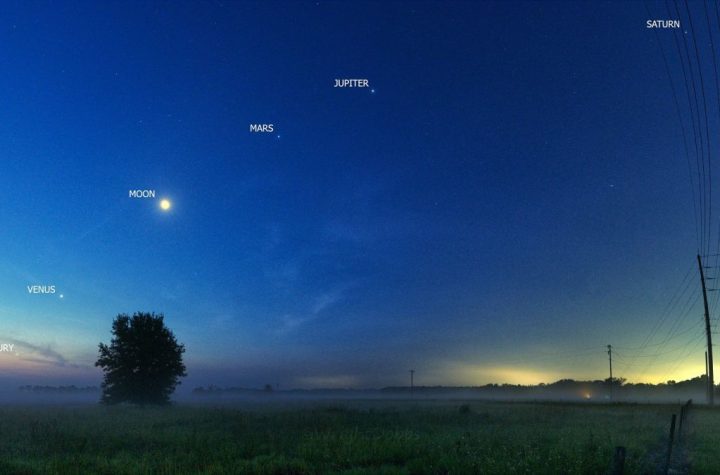 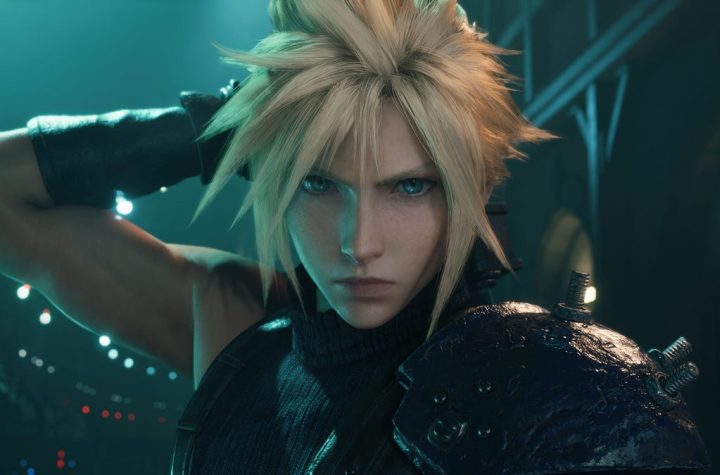